Eddie Argos - I Formed A Band.


I'm performing a spoken word show in Islington on the 22nd of October  and in Jersey at the Branchage Festival this Saturday 27th September.

I've recently had it pointed out to me that actually all Art Brut shows are spoken word as my singing voice is not very different than my speaking voice, but these spoken word shows won't have any musical backing, it'll just me talking at you.

The show I've written is called Formed A Band it is about forming a band, specifically me forming Art Brut and how I went about it. Some of it will be funny because I am an idiot and did quite a few stupid things.

However there is a vaguely serious reason for me performing this show and I'm afraid when I tell you it I'm going to sound self important and a little bit like a grumpy old man, but I'm going to say it anyway.

So, without wanting to sound too much like Jake Bugg, here we go...

I'm not really a fan of those TV shows where people try and get famous by singing/performing  in front of judges, I think it is detrimental to music and art and that the pop charts are much worse because of it.

I recently became worried that nowadays people think those shows are the only way to become a performer so to show there is another path, I have decided to tell my tale of starting a band which is full of happenstance, hoover playing and pretending you can sing like Aretha Franklin.

Luckily no judges were involved.

I'm not telling my story in front of Simon Cowell or Ricky from The Kaiser Chiefs with a tear in my eye, hoping to win a very short lived record contract and a mawkish christmas single, I'm telling it upstairs at the Hen and Chicken and in a tent on Jersey. You should come.

That has made the show sound a bit grumpier than it is, I promise I wont shout at you (well no more than usual)

You can buy tickets for the Hen and Chicken show

The Branchage show might actually be called I Met A Man Called Chris Chinchilla At A Party as I've only got 30 minutes and I havent quite figured out how to shorten the story yet.

It looks a like like I've been neglecting this blog I haven't I just started a new one.

and part of my new shop which is HERE
Posted by THE EDDIE ARGOS RESOURCE at 09:32 No comments: 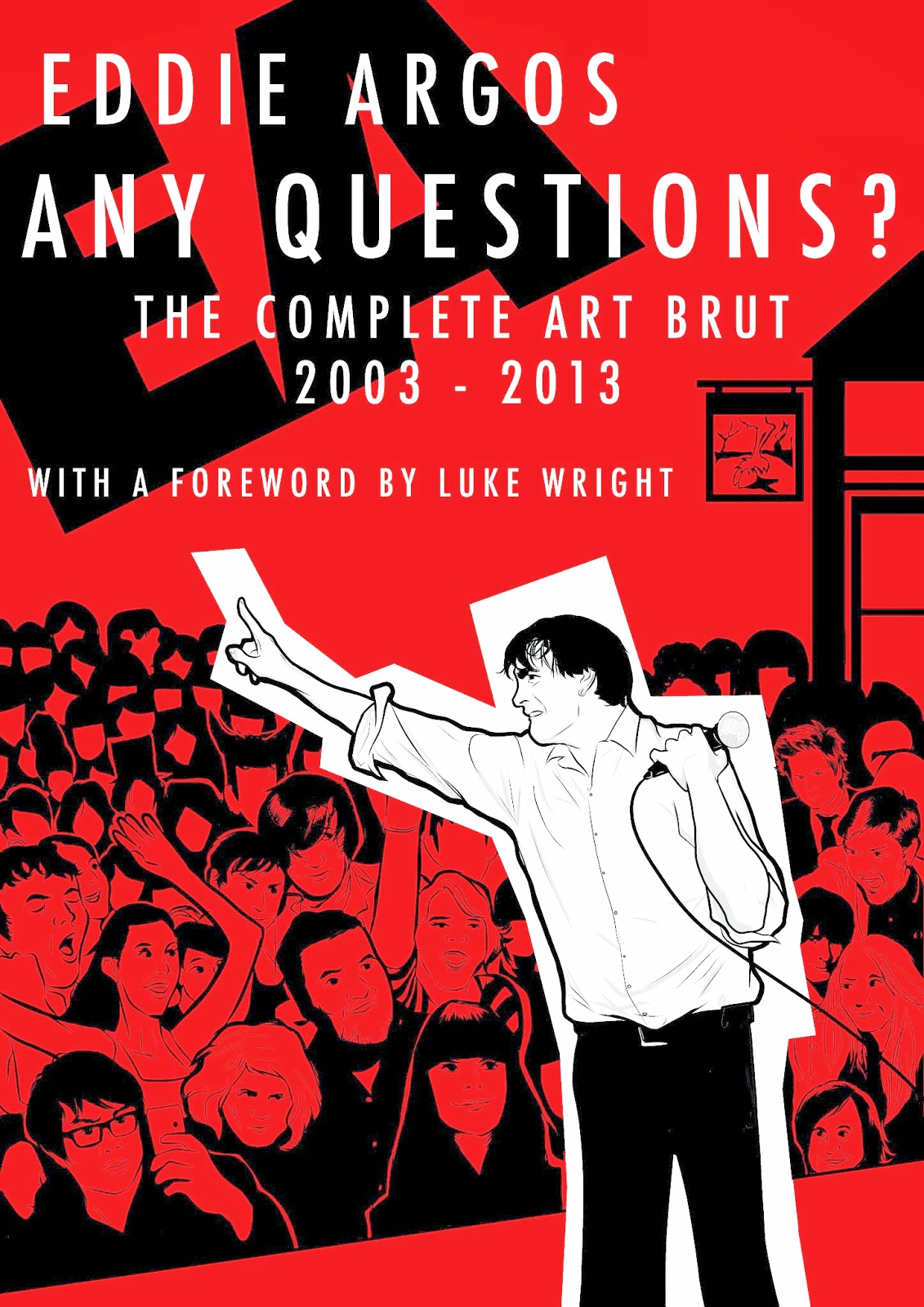