Art Brut - Catch by The Cure

Art Brut got asked to cover a Cure song for an NME compilation a while ago. It was free on the front cover of the magazine. We were asked to contribute pretty late and I was worried that somebody would have already chosen Catch as it is my absolute favourite Cure song. Seems its just me though as it was still going spare.
I didn't know it was on Youtube or if I did I'd forgotten till somebody just sent me a link to it a minute a go anyway here is our cover of Catch.
Posted by THE EDDIE ARGOS RESOURCE at 08:49 2 comments:

Although "Fixin' The Charts" is an album of response songs. When we were writing it we were very conscious of making sure it could stand alone. So when I did an interview with The Morning After Pills Blog last week I was delighted that she didn't know it was a 'response' album. On the blog the writer refers to herself as the village idiot. I don't think so though. I think it just proves we did our job properly.
Here is the interview. I'm very jet-lagged in it so a bit more mumbly than usual. Still more comprehensible than Robert Downey Jr in Sherlock Holmes though. Also Dave didn't buy his guitar back from Elastica it was mistakenly given to them in the first place and they were just returning it.
Posted by THE EDDIE ARGOS RESOURCE at 09:37 No comments:

ALBUM AVAILABLE TO DOWNLOAD...NOW ( in some places) 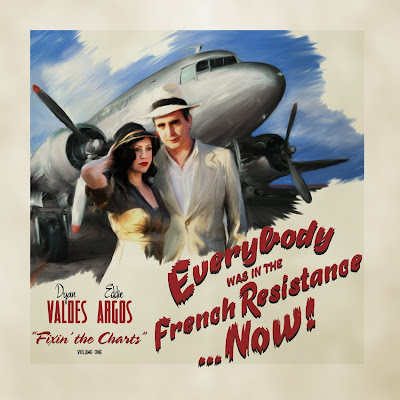 Fixin' The Charts has come out a little early on some Amazon websites as a download.
I know for a fact it has come out in the UK and you can download it HERE
and in Germany HERE
I don't know where you live though so maybe check the Amazon in your country although it may well just be those two.
The album is officially out on 25th Jan in the UK/Europe and about a week later in the US.
Posted by THE EDDIE ARGOS RESOURCE at 10:30 3 comments: 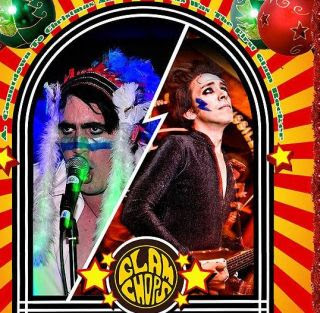 Im a bit sad that I was too busy with Art Brut/Everybody was In The French Resistance...Now this year to record a christmas song.
I think to make it up I want to record an entire Christmas album with Glam Chops for next Christmas. I've just got to convince the rest of them its a good idea.
Posted by THE EDDIE ARGOS RESOURCE at 07:45 2 comments: 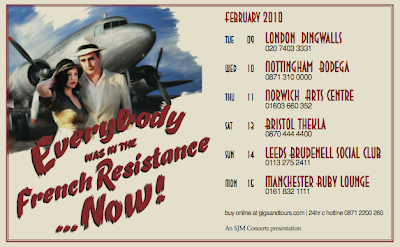 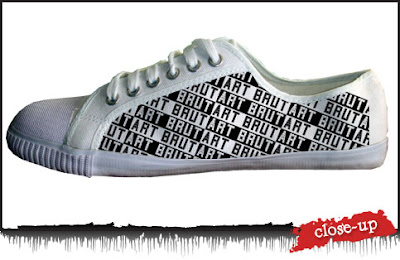 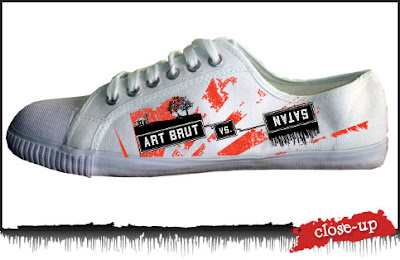 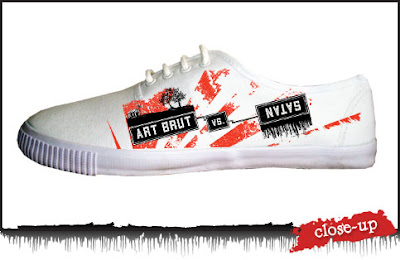 Not sure what to get your loved ones for Christmas get them Art Brut shoes.
They come in three different flavours. Two of the flavours have Jeff Lemire's amazing album artwork on them.
You can buy them HERE
Posted by THE EDDIE ARGOS RESOURCE at 11:37 4 comments: 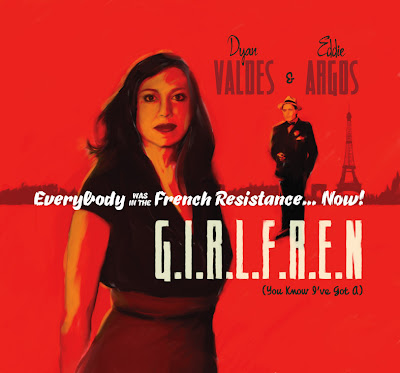 We finally got round to adding our single to our myspace page.
You can now hear our song 'G.I.R.L.F.R.E.N (You Know I've Got A)
HERE
and you still have time (well until midnight tonight) to do us a favour and go and vote for it
HERE
Posted by THE EDDIE ARGOS RESOURCE at 11:01 1 comment:

We're going on tour. Its going to be quite a big tour going all over the place but for now Im just going to give you the British dates. Well I say Britain but we're just doing some English dates. I'm sorry Scotland and Wales. I'm also sorry if we're not coming to your part of the country. Apart from Middlesbrough I'm glad we're not playing there.
In case we're not playing in your part of the country. I thought I'd write a nice thing about each city we're playing in, to perhaps tempt you out to have a little trip to come and see us.
LONDON
London is our nations capital. There is lots to do and see here. Buckingham Palace, The Tower Of London, The Tate, The Zoo, The Sherlock Holmes Museum, etc. This will be our first ever show. So if you are the sort of person that goes to shows hoping that something might go wrong and wants to see how the band react when it does this is probably the show for you.
LONDON DINGWALLS 9th FEB. BO: 0870 060 0100 Buy Tickets HERE.
NOTTINGHAM
Nottingham is probably best known historically as the home of Robin Hood. Even though a lot of scholars argue that if Robin Hood did even exist he probably lived in Barnstable. If your a purist for historical accuracy, even when it comes to what maybe fictional characters, fear not. There is still lots of non Robin Hood based fun to be had in Nottingham. As well as Robin Hood stuff they also have one of the few remaining Turkish Baths in England and a very nice Transport Museum.
NOTTINGHAM BODEGA 10th FEB BO: 0871 310 0000 Buy Tickets HERE
NORWICH
Although I can find no evidence of it someone once told me that there is a traffic roundabout in Norwich that has a family of Chickens living on it.
NORWICH ARTS CENTRE 11th FEB BO: 0160 366 0352 Buy Tickets HERE
BRISTOL
I love Bristol everybody that lives there speaks like a pirate. We are playing at the Thekla in Bristol which is a boat that used to belong to Vivian Stanshall. Those two pieces of information should be enough to make you want to visit Bristol by themselves. Although to gild the lilly a little it also has some theaters, some nice museums and a zoo.
BRISTOL THEKLA 13th FEB BO: 0871 310 0100 Buy Tickets HERE
LEEDS
The Kaiser Chiefs, The Music and The Pigeon Detectives are all from Leeds. Don't let that put you off though. Leeds has a lot going for it. Some even call it the Knightsbridge of the north. It has the only reparatory theatre outside of London and The Rough Guide To Britain claims shopping in Leeds is one of the top 30 things to do in the UK. It is also apparently one of the best places in the country to go mountain biking.
LEEDS BRUNDELL SOCIAL CLUB 14th FEB BO: 0871 230 0010 Buy Tickets HERE (haven't put their tickets on sale online yet)
MANCHESTER
I've gotten bored of this now. Its Manchester you know what its like. It has two football teams that don't get along and loads of bands came from there. Its nice. There are loads of pubs and its fun. Come and see us.
MANCHESTER RUBY LOUNGE 15th FEB BO: 0161 832 1111 Buy Tickets HERE
Okay. I apologise. I'm being a bit facetious in my descriptions of some of those places. Please don't beat me up over it. I genuinely love all of those cities and cant wait to be playing them with Everybody Was In The French Resistance...Now.
Live Everybody Was In The French Resistance...Now is going to be me, Dyan Valdés from The Blood Arm, David Newton who produced the album and used to be in The Mighty Lemondrops and a Drum machine/Backing track machine thing that I am thinking about naming Drum-free Bogart.
Here are the dates again without the tourist business written underneath them.
Feb 9th London Dingwalls
Feb 1oth Nottingham Bodega
Feb 11th Norwich Art Center
Feb 13th Bristol Thekla
Feb 14th Leeds Brudenell Social Club (haven't put their tickets for sale online yet)
Feb 15th Manchester Ruby Lounge
Hope to see you there.
Posted by THE EDDIE ARGOS RESOURCE at 15:13 7 comments: