I Believe In Magic. 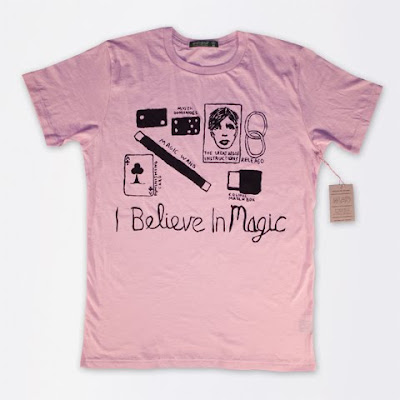 I designed a T-Shirt for Soundscreen design. They are limited to 72. You can buy them HERE.

I don't mind if you don't believe in magic. I should also admit that Dyan helped out (quite a lot) with my face on the T-Shirt.

Oh and there is a bio of who I am HERE

Posted by THE EDDIE ARGOS RESOURCE at 06:13 2 comments: 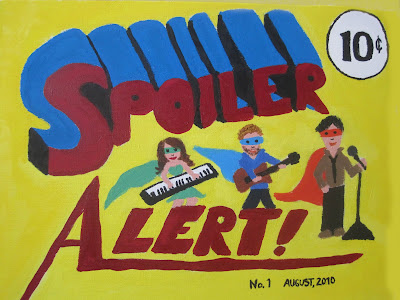 Posted by THE EDDIE ARGOS RESOURCE at 04:25 7 comments: 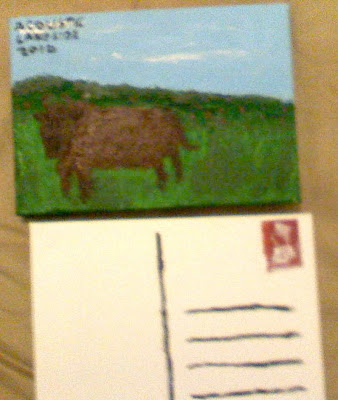 I don’t know if you remember me writing about Acoustic Lakeside festival last year but its HERE. Art Brut introduced the festival to the drinking game Buffalo. It’s a game in which if you have your drink in your right hand when someone yells ‘Buffalo’ it means you have to finish it. It seems we might have created a monster.

I returned to Acoustic Lakeside this year with Everybody Was In The French Resistance…Now. The festival has gone Buffalo mad. Absoloutely everybody I met with no exception was drinking with their left hands.

Possibly because they had puts signs up everywhere warning people the game was in progress. 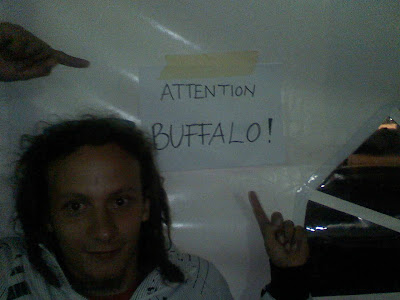 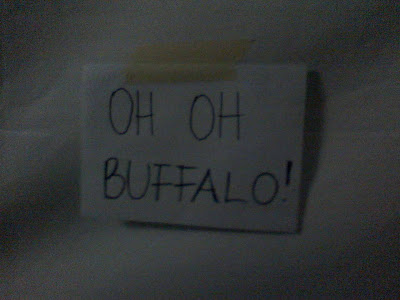 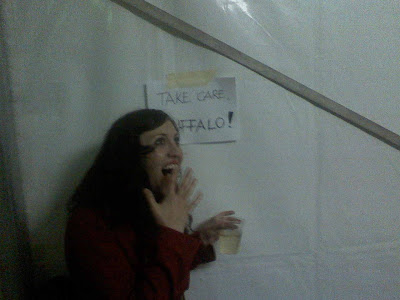 At one point I was watching a band and switched my glass to my right hand to applaud. Immediately some young girls appeared out of the shadows and shouted Buffalo at me. This happened to me about three times. The man you can see pointing at the 'Attention Buffalo' sign is the king of Buffalo'ing he got Ian three times with pints of wine. I'd show you a photo but Ian would not appreciate it.

I truly love the Lakeside festival. I wish I could have had more time there. The whole event just feels like a brilliant party. Along with Indietracks its my favourite festival to play. The brilliant atmosphere brings out the best in the bands that play too. Lakeside and Indietracks were both my favourite EWITFR...N shows of the year.

I've made some Buffalo themed postcards for Lakeside. They come as a pair and cost £38 (including postage) One canvas is the front of the postcard, the other is the back, which I fill in. They are made of acrylic paint and 100% cotton canvas (5 x7") They look less expressionist than the photo. I only have a camera on my phone

I will be writing Buffalo on the postcard so don't open it with a drink in your right hand. 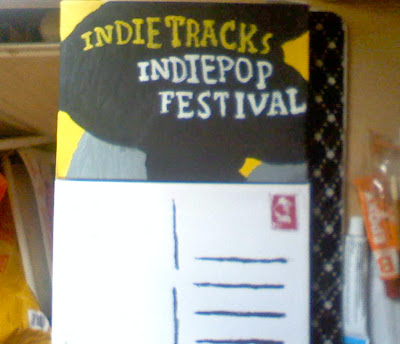 Posted by THE EDDIE ARGOS RESOURCE at 12:05 6 comments: