As well as being the subject of a lecture, entitled The Depressive Dandy, at Berlin's Humboldt University, the Art Brut lyrics of Eddie Argos have received plenty of accolades;
'Full of the bathetic genius, that English pop used to excel in' - The Guardian.
'Lines that Larkin might not have sniffed at' - Word Magazine.
'Truly thrilling post-Britpop art-punk monologues' - Drowned In Sound.
'One of his generations great poets of the mundane' - Spin Magazine.
While his singing voice has been described as;
'Torturous and tiresome' - Q Magazine.
In an attempt to reach a new audience (of people that might like his words, but do not like to be shouted at) Eddie Argos's lyrics have now been compiled together into a paperback book.
Any Questions? The Complete Art Brut 2003 - 2013
Contains all of the lyrics written within the first ten years of Art Brut - including bonus tracks and B-Sides.
PLUS
As well as a Foreword from the brilliant poet Luke Wright. HOORAY.
If this is the sort of thing you think you might be interested in buying you can go HERE to find out more. Thanks! Eddie Argos. X

Posted by THE EDDIE ARGOS RESOURCE at 06:31 No comments:

Hello. My painting 'Death To Everything That Is Not Guitar Music' was really popular and sold out a long time ago. Probably because Alex Kapranos bought one and tweeted about it (thanks Alex). 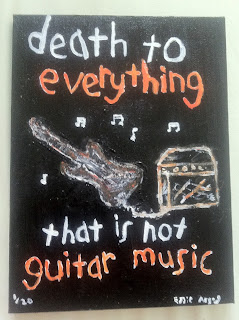 They are in acrylic paint on canvas board, numbered on the back and can be bought from me by emailing

Hooray! Thanks! Eddie XX
Posted by THE EDDIE ARGOS RESOURCE at 09:06 No comments:

I made some Formed A Band style paintings to celeberate Art Brut's 10 Years together. 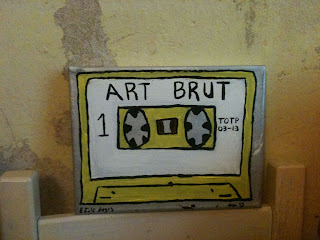 Both prices are including postage to any where in the world.

If you would like one you can email me at eddie.argos.resource@gmail.com

Posted by THE EDDIE ARGOS RESOURCE at 04:40 No comments:

Art Brut are 10 years old, we celebrated our birthday by selling out the Scala in London and letting the audiance throw me up in the air a few times. Here is a photo. 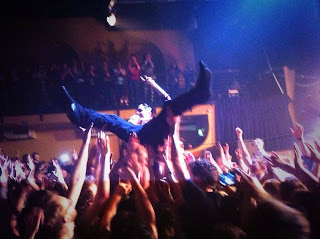 It was great. We also got our two favourite people in the world to support us. Akira The Don and Keith Top Of The Pops. It was one of the greatest nights of my life thanks for coming down if you did. I'm still recovering. 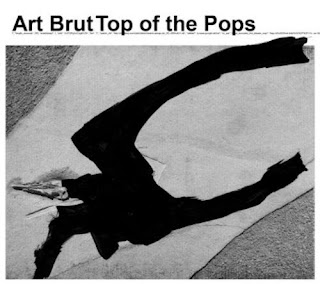 and a FREE iPhone app full of comics, snippets of the songs and all sorts of other great things that is HERE you should definitely get it.

I also made some Formed A Band style anniversary paintings that I've been selling at the shows. They look like this (before they are numbered)

There is a limited number left, they are 18cm x 24cm hand made and numbered by me on canvas in acrylic and silver spray paint. They cost £30 INCLUDING POSTAGE TO ANYWHERE IN THE WORLD.

and if you want one you can email me at eddie.argos.resource@gmail.com
Posted by THE EDDIE ARGOS RESOURCE at 08:49 1 comment: 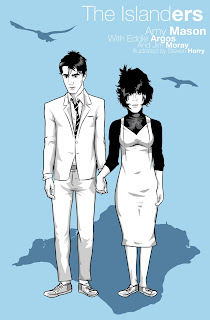 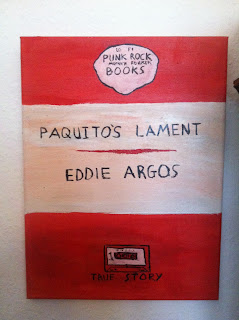 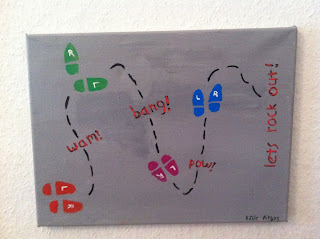 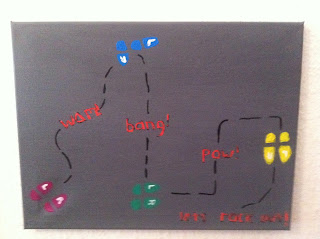 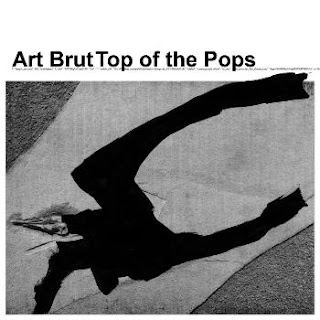 Death To Everything (That Is Not Guitar Music) 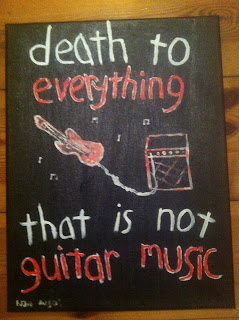 Also a larger version of the Death To Everything (Thats Not Guitar Music) painting I was selling earlier in the year this one is 40 x 30 cm in acrylic and cost £60 (including postage to anywhere in the world). There is only one and you can email me at eddie.argos.resource@gmail.com if you are interested.
Posted by THE EDDIE ARGOS RESOURCE at 09:32 No comments: 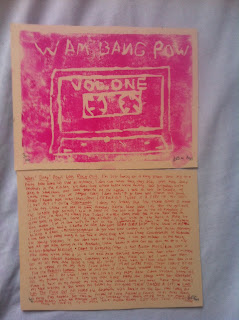 
Three Wam! Bang! Pow! Painitings left. In acrylic on 40 x 30 cm canvas £60 each (Including postage to anywhere in the world) 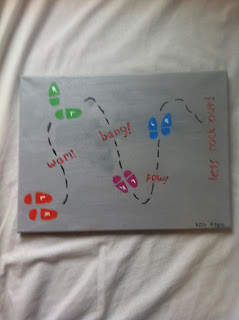 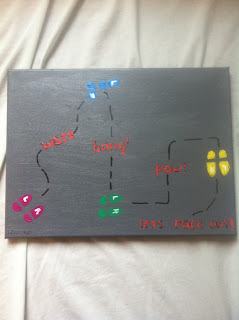 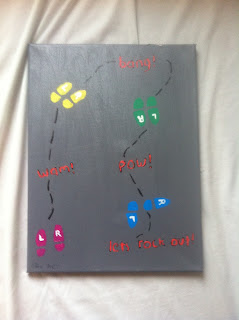 Email eddie.argos.resource@gmail.com if you are interested in purchasing one.
Posted by THE EDDIE ARGOS RESOURCE at 09:22 1 comment:

My main squeeze Art Brut   have a Best Of out later this year (we've been releasing records for ten years, we are now a classic rock band)

As well as being in Art Brut I am also a Lo-Fi Punk Rock Motherfucker and over the summer I recorded some songs because I was BORED.

You can now buy them over HERE

I like my records to come with a physical release too. The CD is dead however so I have made paintings for each song as well as a lino cut with hand written lyrics.

Here is the lino cut. Blood sweat and tears went into making these. Literally as I'm still learning how to use a craft knife and cut my finger making them which made me bleed and cry a little bit. (Motherfuckers are allowed to cry sometimes)

It cost £20 for the lino print with the handwritten lyrics and that includes postage to ANYWHERE IN THE WORLD. So there is no need to email me and ask if I will ship to you. I will. Same goes for the paintings that are in acrylic on 20cm x 40cm canvass and look like this. 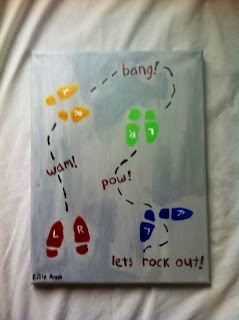 If you would like to buy a lino print or song email me at eddie.argos.resource@gmail.com

Enjoy the fucking songs.
Posted by THE EDDIE ARGOS RESOURCE at 06:22 No comments: