What is your favourite album?

This is an art project, I've been thinking about for a while.

Last year I made a special series of 'mug shot paintings'. - I am still making them in fact you can buy them.HERE

For those paintings, I painted peoples favourite mugs into a painting. I loved making them as I'm very nosey and it was cool to see what everybody's favourite cup looked like.

What I like more than cups though is music. Every time I was painting a mug I would think this is cool. But I'd much rather be painting this persons favourite album.

So as a new art project, I'd like to paint peoples favourite albums.

Originally I thought that I might refuse to do a few bands Stone Roses, Radiohead etc. But that does not seem in the spirit of the enterprise. So instead what I have decided to do is paint absoloutely any album, but to write a small review of it on the back of the painting. So yeah, you can ask me to paint the Second Coming, or Murmur by REM you just might not like what I write on the back of it. 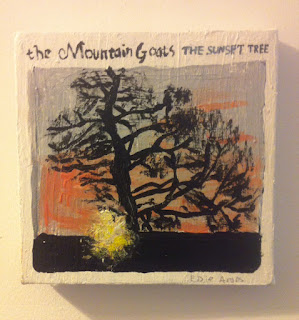 both prices include postage to anywhere. and you can buy them from HERE

If you dont have a favourite album but your favourite single is either Modern Art or Formed a Band by Art Brut I can help you there too...

Posted by THE EDDIE ARGOS RESOURCE at 13:01 No comments:

Hello, I had an Art Exhibition recently at ReTramp in Neukölln, it went ACE thank you.

At the opening I played some songs with my friend Arne Buss, including a Morrissey cover, a David Devant and His Spirit Wife song, Gene Hackman by Robyn Hitchcock and on the closing night we played Secret Agent Man by Johnny Rivers. We forgot to film it though so you will just have to imagine how ace it was.

Luckily we did remember to take some photos. (and our friend Kerstin Kary drew some of it) 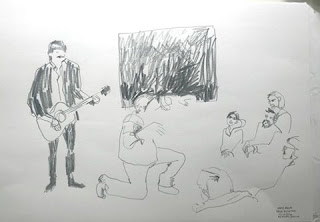 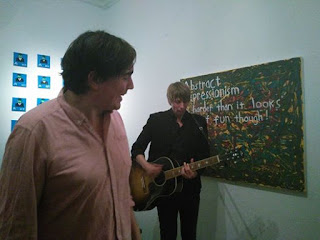 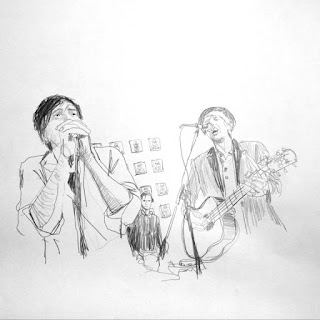 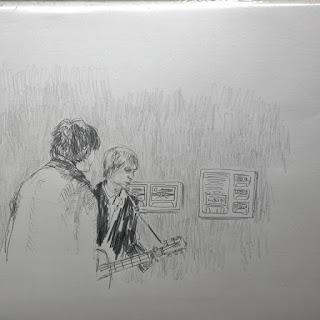 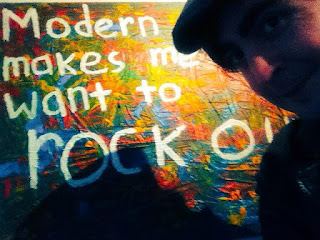 I really like painting the same thing over and over again, but this is the first time I've exhibited that fact in a gallery. I loved seeing all the same paintings but slightly different together. I like that everybody that buys one has a similar but different painting, like being part of a strange exclusive gang. 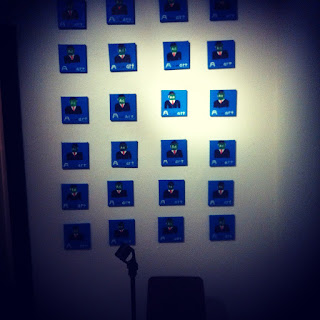 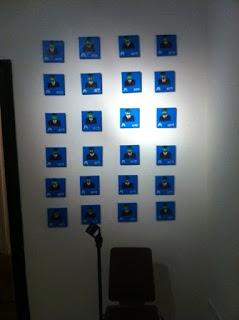 Anyway the exhibition is all packed up now and back at my house. There are a few pieces still for sale which I have put in my shop. 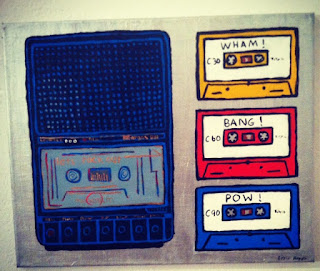 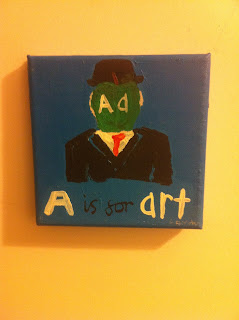 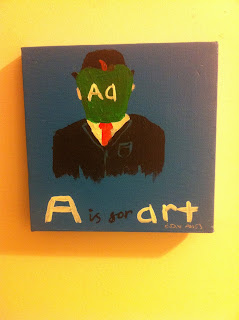 
Before You Decide, Play my B - Side. 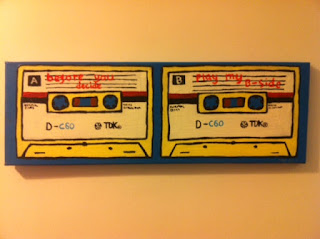 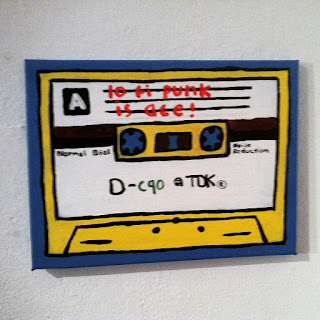 There are a few more 'A is For Art' paintings that I will upload over time. Thanks to everyone that came along, to Verity for inviting me, Lars for playing drums and especially to Arne Buss for learning all the songs, and playing a great opening set for me on the opening and closing of the exhibition..

Posted by THE EDDIE ARGOS RESOURCE at 04:23 No comments:

So I made this artists timeline...