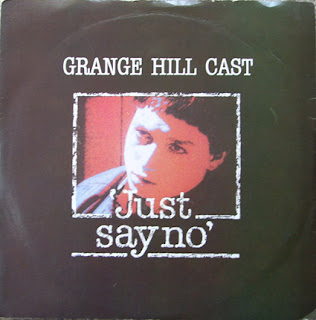 I'm not very good with drugs. I'm naturally self conscious and paranoid with massive mood swings. So adding anything to that unstable mess usually results with catastrophe. To paraphrase Jeffery Lewis 'I tend to fall apart after a couple of cigarettes' ,this hasn't stopped me trying to have fun with illegal substances though.

When I was about 16. I ate quite a lot of pot. I didn't smoke at the time and thought eating it would be a brilliant idea. It wasn't. I ate far too much and it was very strong.

I spent the night walking around Bournemouth as a floating head, worried that I was going to accidentally forget to breath. I was convinced everybody on the bus home was whispering about me and to be fair they probably were.

I dressed like Robin Hood at the time and a boy sat at the back of the bus in a trilby hat with a feather sticking out of it ,wearing a green velvet jacket, whispering 'dont forget to breathe' to himself and then occasionally saying 'AM I SAYING THIS ALOUD? very loudly, to himself, probably had a few people on the bus whispering.

To this day I'm convinced Marylin Manson tucked me into bed that night conveniently putting a bucket by my head and 'The Flaming Lips' on the record player to help me sleep.

Even though it wasn't any fun I tried to eat pot three more times after that, every time had pretty much the same result.

On my 21st Birthday as a present some friends who didn't know my history of not handling pot very well spiked my drink. To this day I'm not sure what it was with, definitely something a bit stronger than cannabis though.

I was intending on staying out all night. I ended up walking home and what should have been an hours walk took about 5 hours. My mind had completely broken. I was convinced I'd been hypnotised into injecting heroin (obviously not true) and that all my friends had swapped faces and were out to get me. It wasn't very much fun. The fear lasted for months. I saw images of Jasper floating above my bed. I convinced myself everyone was poisoning me and I would only eat food I had prepared. I once thought I'd been hypnotised into turning my own kidneys into a pie for a television programme watched by Eastern European gangsters. I thought my phone had been bugged and everyone was laughing at me. I once had to leave a party early because I thought they were going to spray heroin out of the walls. I convinced myself the only way to get better was to dance it off and spent hours dancing alone in my bedroom. None of this was good.

Art Brut have written a song about the terrible experience of that walk home on my 21st Birthday. That only hints at the nightmare that followed.

Im sad it didn't quite make it on to Art Brut VS Satan its called 'Weird Science' it is free HERE
Posted by THE EDDIE ARGOS RESOURCE at 20:36 6 comments:

We recorded three songs for Artrocker a couple of weeks ago. 'Slap Dash For No Cash', 'Moved To LA' and 'Modern Art' you can here them HERE

If you have already STOLEN 'Art Brut VS Satan' then you will have heard 'Slap Dash For No Cash' it is a song about how much I hate bands that sound want to sound like U2/love bands that are Lo-Fi depending on what sort of mood I am in when I'm telling people about it.This version is different than the album version.

'Moved To LA' is a song that was written for the ART BRUT VS SATAN but for one reason or another didn't make it on. It is a sequel to an older song called 'Moving To LA'. I made a painting of 'Moved To LA' and wrote about it on my other blog which you can read HERE

'Modern Art' is one of our oldest songs. We finally finished it. Turns out it needed an extra verse.

There is also a documentary of how we recorded the songs. In it we are interviewed by a puppet that puppet was created by Emily Kane. A coincidence but made my day none the less
Posted by THE EDDIE ARGOS RESOURCE at 18:24 No comments:

I've written a thing for Drowned In Sound about Art Brut VS Satan it is HERE
Posted by THE EDDIE ARGOS RESOURCE at 15:47 9 comments:

I cant remember if I've posted this already. But some people have emailed me about the JD Set thing that was on telly the other day.

We played a long version of Modern Art, I forgot the words (briefly) to Nag Nag Nag Nag and then I sang a duet with Hugh Cornwall from The Stranglers (I do actually sing a tiny bit)

If you missed it you can see it HERE

They've made it quite complicated for you. First you have to put your age in. If your under 18 lie. That involves saying you were born in 1990 or before. Then click on the bit that says 'JD SET TOURS' . We did the tour in Nov 2008 so click on that and then on our name.(Art Brut)

There you go. On the telly there was more talking and less songs.

Just turn down the volume and imagine me saying some nice things about Black Francis near the end of the long version of 'Modern Art' to re-live the Channel 4 experience.

Thats not actually what happened but its near enough.
Posted by THE EDDIE ARGOS RESOURCE at 16:48 4 comments:

Art Brut..... Behind The Music

When we were over in Oregon recording with Black Francis Spin magazine asked us to film what we were up to.
We were so quick recording though that by the time they got the camera to us we had finished.
So in the video we made there isn't much going on. Although we did try and recreate some of it. If you want to take a look it is HERE
We actually took the camera to the pub with us but thankfully they edited that out.
There is another documentary about us recording in the studio that Mikey is working on I'll let you know when its finished. I think he is going to call it 'Art Brut VS Salem'
Posted by THE EDDIE ARGOS RESOURCE at 14:49 1 comment:

Some of you have probably already guessed that I wasn't born with the name Eddie Argos. I changed my name when I was about fifteen, by lying to people about what I was called and then I changed it legally about ten years ago.
Sometimes though people still use my old name when they book me flights or into hotels, which is understandable I don't really make a fuss about it.
It happened recently I did two days of press in Germany. One day in Hamburg and another in Berlin. In both hotels I was booked in under my old name.
The hotel in Berlin got a bit grumpy with us as we were doing photo shoots and interviews in their hotel and taking up a lot of space. I thought they were going to make us leave or tell us off but all of a sudden they were completely fine with us.
When we asked why they told us that they didn't know we were doing such good work and they were very happy to have a famous gospel singer in their hotel.
This was confusing so I asked them where they got that idea from.
They had heard me talking about battling Satan all morning. Then googled my real name.
They thought I was THIS GUY
Posted by THE EDDIE ARGOS RESOURCE at 14:15 4 comments:

THE MAKING OF ALCOHOLICS UNANIMOUS

Posted by THE EDDIE ARGOS RESOURCE at 16:18 6 comments:

If you haven't already seen the video for Alcoholic Unanimous here it is.

Art Brut are obviously in it as ourselves but lots of my  friends are also in it.
Very little acting was involved. Most of my friends have received an apologetic text from me before and all of them have had me demanding tea and coffee from them at some point.
They are also all drunks.
Posted by THE EDDIE ARGOS RESOURCE at 14:19 6 comments: 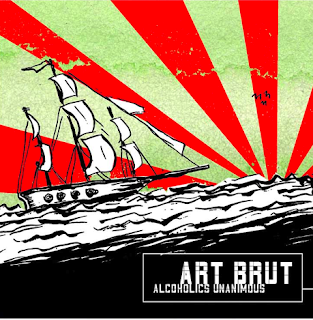 If you haven't heard our new single 'Alcoholics Unanimous' yet it is now streaming on Pitchfork HERE
It will be Downloadable and out on 7" and CD from the 6th of April.
This probably wont be the last time I mention it.
The art work is by Jeff Lemire again so even if you don't own a record player. It is worth buying just to hang it on your wall.
Posted by THE EDDIE ARGOS RESOURCE at 06:31 13 comments: