Alcoholics Unanimous was reviewed on 6 Music's Roundtable today. I take these things very seriously
I dont want to boast but I think I should let you know Art Brut won. We managed to beat U2, Depeche Mode, Yeah Yeah Yeah's, Bat for Lashes and some other bands. Hooray.
If you dont belive me you can listen again HERE. Its in the last hour of the show.
During the course of the programme we were refered to as "Indier than thou". Ian sent me a text just after the show finished saying
"Indier than thou?..I'm in the middle of watching a Slayer DVD"
Boasting over.
Posted by THE EDDIE ARGOS RESOURCE at 11:05 7 comments: 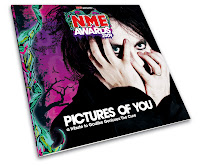 I used to be a goth. A long time ago and mainly to impress a girl. I had it all the long black hair, the leather trousers,the ridiculous make up. I even owned a Type O Negative album.
Thankfully I've left all that behind now. Although I do still drink cider and black and I do still fucking love The Cure.
That is why Art Brut have recorded Catch for this free NME CD that comes out with the magazine tomorrow.
Anyway HERE is the rest of the tracklisting.
Posted by THE EDDIE ARGOS RESOURCE at 04:05 5 comments: 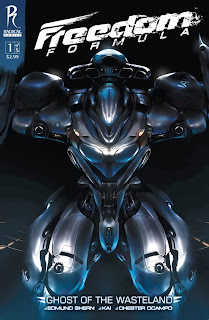 I have written a new Pow! To The People it is HERE
I attempted to read Freedom Formula. I don't recommend it
Posted by THE EDDIE ARGOS RESOURCE at 10:25 3 comments:

I used to hate the internet. Well I used to say I hated it. I was actually afraid of it but embarrassed to admit it.
I think I've told this story before somewhere but it was my first encounter with the internet that scared me off.
It was when I was living in a house down in Poole. The house was a lot like a squat, but we still had to pay rent. It was over the road from Poole library though so it seemed worth it. Poole Library was the only place in the whole of Dorset at the time with public internet access. So on my day off from work I went over to the library to see what all the fuss with this new internet thing was about.
In the library I found a computer sat down and  attempted to find out some information about "David Devant and his Spirit Wife" my favourite band at the time. I'm not quite sure how I intended to do this but whatever I did do completely froze up the computer. I think some files might have been deleted too. I freaked out. I was completely convinced that I had broken the entire Internet. I had scary visions of headlines in the Daily Mail screaming "Idiot boy in public library destroys decades of hard work" and of the world economy collapsing, and of everybody pointing at me and laughing, and for the rest of my life being known of as the boy that broke the internet and of people not serving me in pubs because of it.
I gingerly went up to the librarian and told her what I'd done. She explained to me that I hadn't broken the internet just the computer I had been sat at and told me that next time I wanted to use the computers perhaps I should ask for some help first.
I never really got over that first brush with the internet. For years I would claim the internet was bullying me or that it didn't really work. I know now though that this was just down to my own incompetence.I like the internet now. I like it a lot.
I started liking it a lot more after I got the hang of it. I was sort of forced into learning how to use the internet by having a girlfriend who lives thousands of miles away that I obviously want to stay in touch with and of course by everybody insisting on communicating with me via email.
I even managed to work out how to Twitter last night. It has only been nine months since I first attempted to sign up. Thats quite impressive considering it took me about a year and the help of three people to get me on Myspace only four years ago.I have a facebook too. I'm definitely making progress.
If you want to follow my progress my Twitter thingy is HERE. I also seem to be talking about sandwiches a lot
Posted by THE EDDIE ARGOS RESOURCE at 03:27 6 comments: 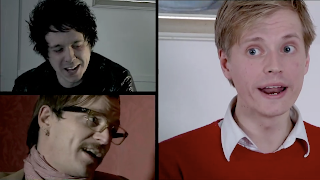 The first single from Art Brut V.S Satan is Alcoholics Unanimous. Here are some stills from it. 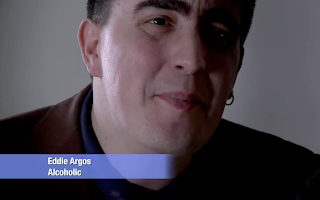 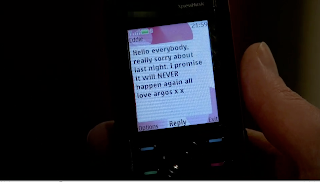 I genuinely have the above text used in the video saved as a template in my phone. I very rarely am genuinely sorry though.
Posted by THE EDDIE ARGOS RESOURCE at 02:54 4 comments: 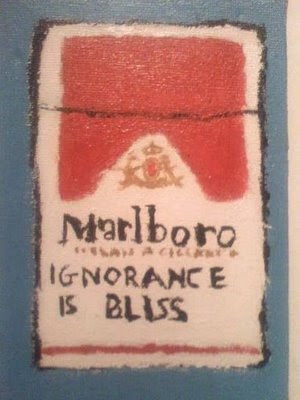 Hello painting buying people thank you for all the emails. I sold all three "Moved To LA" paintings in less than 24 hours though.
I'm writing that on here as a little bit of a boast but also because people keep emailing asking if they can buy them and I feel its better to deal with the disappointment here than it is with an email.
Also I have a confession to make
A while ago I said I only had five of the "Ignorance Is Bliss" paintings left. I've decided to come clean and be honest though and admit that although I intended to paint forty I only really painted thirty three as I ran out of canvas and started suffering from RSI.
I've just promised a couple of people I'd make and sell them one each though, so I feel the time is right to finish the set. That leaves five for sale I'm telling the truth this time I wont be making anymore.
If you would like to buy an "Ignorance Is Bliss" painting email me at
eddie.argos.resource@gmail.com
They are twenty pounds each. The postage is free if you live in the UK and a couple of quid for the rest of the world.
Sorry again for lying.
Posted by THE EDDIE ARGOS RESOURCE at 17:27 No comments: 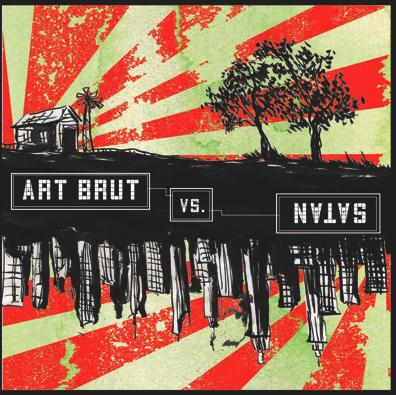 Here is the cover of ART BRUT V.S SATAN all the art work for the album has been created by the AMAZING comic book artist Jeff Lemire.
Jeff Lemire wrote and illustrated the Essex County trilogy of books that I AM COMPLETELY IN LOVE WITH.
I suggest you buy them and then go pre-order his new book The Nobody.
HERE is some of the Blah Blah Blah I have said about the new album
And HERE is Barnaby Fudge writing about it.
Posted by THE EDDIE ARGOS RESOURCE at 04:38 9 comments:

Dear Eddie. "I want to be The Kaiser Chiefs" 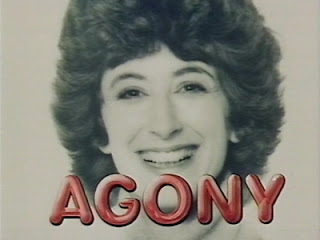 Last week my first "Dear Eddie" problem page went up it is HERE
I hope it is of some use to you.
I'm supposed to be writing one every week much in the same way I am supposed to be writing a "Pow! To The People" every fortnight.
I'm mad busy at the moment though. As soon as everything calms down again both will become a regular thing .
I have had loads of questions already but if you want some advice,please send your most troubling musical conundrums and a little about yourself to kc@magnetmediafilms.com with "Dear Eddie" as the subject.
Posted by THE EDDIE ARGOS RESOURCE at 03:47 1 comment: