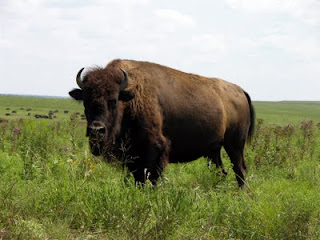 When Bob Dylan went electric his friends warned him against it. When Art Brut told our friends we were going to be playing an acoustic set. They tried to physically stop us. Our tour manager Ed told me he was going to scream 'Judas' at the stage.
We had been booked to play an entirely acoustic festival at a lakeside in Austria. Being a fan of Jonathan Richman I had immediately said yes when we were offered the gig. In my over active imagination I thought we would be able to play our songs in a similar style to his. Not everybody in the band was as confident as me that this would be the case though and as the festival approached even I was getting a little bit worried. We had a couple of practices and it sounded ok. We are quite a strange band to ask to play an acoustic set though as we are 'punk as fuck'. As the festival approached my trepidation grew, there were suddenly some doubts in my mind. Maybe playing an acoustic festival wasn't such a good idea. Also we had promised to play in a football tournament the morning of the day we played. I had no doubts there. I knew that was definitely a bad idea.
The festival was near Klagenfurt. Ryanair only fly in and out of Klagenfurt every other day so we arrived early the day before we played and visited the festival. It was in a beautiful location right beside a lake full of people swimming. We went for a swim, had some schnitzel and then joined in the fun at the festival.
Before I go any further. I should let you know that at the moment in Art Brut we have become obsessed with the drinking game Buffalo. I dont know if you have played Buffalo. Here are the rules. If you are holding a drink in your right hand and someone shouts 'Buffalo' at you, you have to finish the drink off in one go. Unless you have an open drink in your other hand in which case the person who shouted 'Buffalo' has to drink theirs. A fairly simple game.
Anyway another English band called Eight Legs were at the festival and we decided that would teach them Buffalo. I am not very good at the game. I think this is where the problems started. Also I sometimes manage to convince myself that booze isn't working and accidently drink a bit too much to get 'kick started'. Convinced I am sober no matter how bizzare my behaviour becomes. That first night at the festival, for some reason, I mistakenly thought I was completely sober.
You'd think I would have realised I was drunk when I went for a late night swim in the lake or perhaps that I'd have realised when I started promising everybody that instead of playing our own songs we were going to cover Nirvana Unplugged in its entirety, maybe I should have realised I wasn't sober when I started insisting that I was personally going to learn how to play both 'House Of The Rising Sun' and 'Wonderwall' on the guitar and open the festival with those songs in the morning. But no I believed these were the actions of a sober man. So I started drinking Jagermeister.
Have you tried Jagermeister? It tastes like medicine. This is because it is the cure for being sober. I still thought that I was sober though, no matter how much of it I drank. I even started boasting that we were going to win the football in the morning. It was this final bit of boasting that got me in the most trouble.
I had been shouting my mouth off that we could beat any team at the festival, because we were fearless. When a girl who we were playing the next day told me that even if we did win we would have been cheating because we were staying in a hotel whilst all the other players were sleeping in tents. I decided to prove my point that we would definitely win no matter where we stayed by insisting on sleeping on a sofa outside underneath the stars.
It was at about 5am, a bit cold and with a text in my phone from another member of Art Brut (telling me he was lost and sleeping in a cornfield) when I realised that the booze had definitely been working, and I had not been sober.
Posted by THE EDDIE ARGOS RESOURCE at 17:42

hahaha, this is quite amusing XD

There's nothing like a rambling, steam of conscience, confessional blog to brighten the day! ;-)

I had one of those nights last night. I tasted french absinthe for the first time! And I was surprised how it tasted like Jager. So I got wasted in the fashion of van gogh or lautrec!

Ah, I love your story telling!

I was quite the pro at buffalo in college. We were very serious about it, my friends and I. We knew who always forgot and who lied about their dominant hand (we played it that you couldn't hold a cup with your dominant hand, rather than just your right hand). The guys started playing not just with cups, but with full bottles as well. I didn't participate there.

I think my biggest victory was via phone. Jokingly, I texted a friend the simple word "buffalo." His response? "I hate you." Winner!

We have started playing with everything. When I had my bad back our tour manager Ed tried to Buffalo the hot water bottle I had to carry around.

This blog is very interesting, i liked because show many good new ideas.

Wow that's amazing haha very funny too, even that those guys were a losser if you ask me, because someone that do thaty means it's desperate.